At our last Dev Night Cipher Prime had the pleasure of interviewing Retro City Rampage designer Brian Provinciano. Together we laughed, learned, and loved. Here’s are some of his awesome thoughts!

Q: What made you think you wanted to do Retro City Rampage, specifically?
A: I didn’t necessarily see Retro City Rampage as the finished product when I started this project. I started it to see what it was like to build my own engine for an open-world game, to figure out how these games (and creating a game for the Nintendo) worked. From there, as I started to come up with funny ideas, my vision became more robust. The game turned into this ultimate microphone for whatever I wanted to do.

Q: Retro City Rampage began as Grand Theftendo, a recreation of Grand Theft Auto III that you built for the Nintendo. Were the hardware limitations of the Nintendo something that stifled you, or that inspired you?
A: Adhering to NES standards began as an exciting challenge, but I had to go through so many revisions to bypass the technical limitations of the system that frankly I was glad to make the shift to C++ when I did. Still, I’m proud of how I kept the gameplay so NES-esque. For instance, I restricted myself to the NES’s palette, to the number of colors that the NES could display onscreen at a given time. My accurateness adds an extra level of polish.

Q: Do you consider Retro City Rampage a success?
A: I do now. But when it launched, I didn’t feel that it was a success. I had imagined this huge launch date, but it didn’t end up being as massive as I’d hoped. The other thing that I didn’t expect–and I know this will sound naive–was that people wouldn’t like it. Leading up to the game’s release, I would demo the game and hear almost nothing negative from anyone. So when it launched, that’s what I figured it would be like. I’ve realized that it was absurd to think that. When reviews started coming out, I would focus on the negative ones instead of basking in the positive ones, and that’s the biggest mistake I made at launch. I didn’t let myself enjoy the success of completing something I spent years working on. To this date, I haven’t held a release party. When the game initially sold only 20,000 units, I was really bummed. But the good news is that it’s still selling. Actually, it’s sold more this year than it did last year–now it’s sold over 100,000 units. 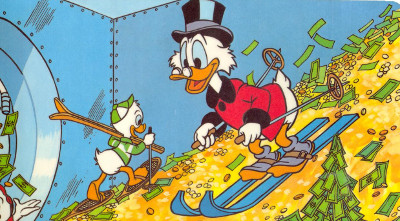 Q: Do you have any words of advice for those who want to go full-time indie?
A: The biggest shocker to me when I went full-time indie was the time I’d end up spending on non-development tasks. Once I went indie, I had to make sure that I made money and that the game succeeded. So I had to start worrying about the business, about office administration, accounting, legal matters, getting licensed by consoles. All of that non-fun stuff. When I quit my full-time job, I figured I’d have another nine hours a day to spend working on my game, but I often ended up spending those nine hours on paperwork and emails. If you’re going to make games, I would recommend working with at least one other person. Doing it all yourself is just way too much of a burden.

Want to join the discussion?
Feel free to contribute!